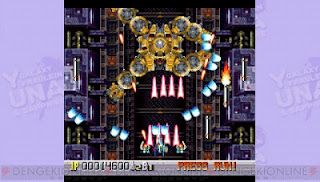 Genki was pleased to hear of the PSP version one of the most expensive and rare PC Engine games because it was never actually released commercially due to it arriving too late in the PC Engine's life cycle. (Sapphire was just handed out at a game show.) Not because it might potentially upset owners who had splashed out on the original (who should never let 'her indoors' or their bank manager see the price, but your financial investor may back you that its a sound investment.) No more because its a technical marvel, proving that it takes time to fully grasp the capabilities of a console's architecture. But also because there is a fear of spending such a hefty wodge of cash on a pirated copy. Genki has no such fears though only utilising respectable and reliable suppliers in Japan.
Sapphire is a polished gem utilising massive sprites with scaling, morphing, pre rendering, ray tracing and rotation effects. Four pretty pilots, four ships and five time travelling levels-not quite as long as you may have hoped. Still if you can resist the continues, this is a shooter fan's dream.
The PSP version combines classic Engine RPG action in Yuna with the shooter to destroy all shooters in this value pack. And it is amazing value in fact compared to the PC Engine release of Sapphire. Huzzah!

Posted by GenkiVideoGames.com at 11:23 No comments:

Genki was overjoyed to recently see Baito Hell 2000 is getting a reprint. A good couple of years after its original release it was a very pleasant surprise to see its not just Genki which pine for its charms. Think of the Wario Ware series, but set as a series of part time jobs, some based on the monotony of the real world, some based on a seemingly alternate reality.

Intriguing project that exudes Sony chic on the PSP. Basically a compilation of mini games pulled together on the premise of the rise in part-time work in modern Japan. Players save their very hard-earned cash to buy strange gashapons in the hope of unlocking another job, whilst chatting to their fellow part-time friends via the in game emails to pick up tips. An initial four games are available: catching baseballs to try and get up to a thousand. Putting pen caps on Biro's with an unhinged soundtrack to really feel the daily grind and mess with your sanity. Crossing the road frogger style avoiding the high speed cars. Finally counting pedestrians as they dart across a busy street. All executed with great style. A surprising unknown cracker in the PSP world. Roll on November!

Posted by GenkiVideoGames.com at 13:53 No comments:

At danger of much loved (by the British anyway) toilet humour, Genki recently came across a Sega Toylet. A urinal based game where the pressure tab in the urinal situated is used to give a pressure reading to the game. So power pee-rs will be lapping this up as they fight the boss with the strength of attack determined by the volume and flow.
The boss battle game can be seen here:


This next title involves going for broke in order to increase the power of the wind and get a glimpse at the underwear of this unsuspecting weather caster busy doing her report...


Why? Well aiming for the pressure spot causes less mess, though Genki can imagine some unfortunate horseplay during competitive bouts. But also it allows the bar owner to award a prize offer at the end such as cheaper beer for the next hour. The simple pleasures in life eh?
Posted by GenkiVideoGames.com at 12:01 No comments:

The link between anime and gaming has always been strong, but Genki had to relive the harrowing memories of Galaxy Express 999 recently in reviewing the game. The cruellest of opening sequences as the young Tetsuro sees his mother getting shot. Granted its done with the audience in mind with no gruesome imagery, but the devastation of the loss will leave an impression on all who witness it (and possibly the Japanese psyche, such is the popularity of Matsumoto's opus.) Genki can't imagine Disney opening with such a sequence, yet perhaps we crave the cotton wool comfort of the Walt Disney production.  We just hope there isn't a video game version of the Dog of Flanders in the pipeline or on retro release...
Posted by GenkiVideoGames.com at 15:45 No comments: 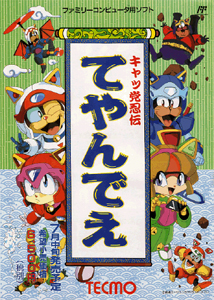 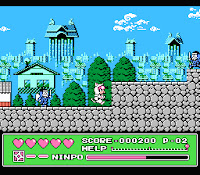 There have been so many games released over the years that it is always a real pleasure to come across one that totally slipped under the radar. And that gaming radar is often given a mighty boost by the super HardcoreGaming101. With such dedication to each title on there giving it a full and proper review (unlike Genki's five minutes of fame...), its hard not too check slavishly for an update and another possible radar evader such as Samurai Pizza Cats which has just been added to the hitlist. If Hardcore Gamer was a bar, Genki would be there eagerly eves dropping and tipping the bar staff big time for a few nuggets of info (before no doubt having a couple of frothy ones and getting all misty eyed about Goemon...) Keep it Hardcore - you know the score.
Posted by GenkiVideoGames.com at 10:46 No comments: 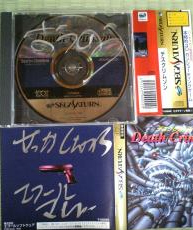 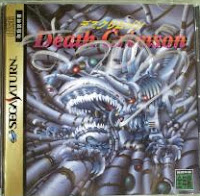 Whilst autographs are usually more associated with superstar footballers and Indian Premier League cricketers, games developers could be refusing to sign that copy of Worms for fear of it going straight onto Ebay. Perhaps the nature of developing games with long hours at unsociable times means they will remain relatively unknown behind shades hiding well worn eyes...? Yet recently publishers have been keen to big up their leading lights to strengthen the bond between gamer and label. Miyamoto san, Kojima san on the box: must be good.

Recently the Genk has come across a couple of signed versions: Death Crimson on the Saturn with a signature as pictured. Special Prize Edition with Treasure designed Bangaioh signed phonecard is another. It appears 'Prize Bangaio' was given out to the five highest score contestants in a Japanese gaming contest. Only five exist so the chances of it restocking are slim. If you are curious the winning score was 60,199,689 - not sure how long that took to clock up! The contest took place on the 31st of January 2000. We'll keep you posted on the next one...
Posted by GenkiVideoGames.com at 09:30 No comments:

Capcom Friendly Club existed for fans of the developer to feel more part of the team. Video updates were mailed out and each one was full of personal messages and thanks for the gamers devotion to the creator of Street Fighter, Rockman, Biohazard et al. Tips were handed over as to how to succeed in a tough spot on Rockman (which doesn't narrow it down much) and even of mythical cheats to aid progression. With it being a mail order club exclusive to members the bond between gamer and developer strengthened no end through the sharing of cheats, hints and much-loved gaming Easter eggs. Plus seeing footage of the next update of Rockman and Forte before many others (besides attendees of the Tokyo Game Show and gaming journalists) was bound to cut some kudos down the trend equivalent of the maid cafe at the time. Happy days indeed as part of the club.
Posted by GenkiVideoGames.com at 10:16 No comments: 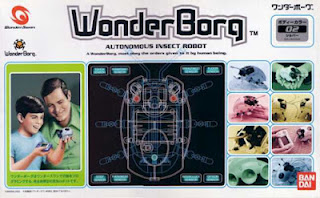 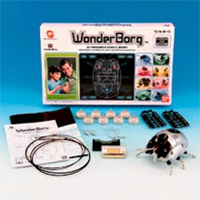 Genki has been thinking about WonderBorgs recently and wanting to stock them. Perhaps it stems back to never owning one of those ROB Robots for the Famicom? In a similar vein the Wonder Borg is programmed by the WonderSwan to give it simple commands. Not quite up there with Sony's Aibo, but great value in comparison and a sign of respect from producer Bandai for its consumers in giving them the tools to get involved. Besides you can't be the father/son picture on the box straight out of the 50's...

Anyone still savouring the WonderBorg or are the only Borg around these days on re-runs of Star Trek: The Next Generation?

Posted by GenkiVideoGames.com at 15:22 No comments:

Ryu ga Gotoku of the End: Genki's round again...

Genki never feels good about burning a  few Yen down the local Sega Game Centre or buying another round of drinks when  poor hostage is relying on our efforts for rescue. But no man is an island! I'm sure she'll forgive Genki's lack of moral fibre. Plus a few cold ones and a blast on the karaoke help refresh the mind and soul for the battle ahead. Right...?
The impossibly high production standards of the Yakuza series meet Capcoms famous cash sow as the gangsters get to team up against a zombie invasion. With the police and army of little use in such circumstances, its good that the old adversaries can team up and use their fighting skills to clean up the town. And to think yakuza means good for nothing. No wonder there are mini games of bowling, karaoke, pool, darts, baseball, fishing, golf, not to mention exploring a  few of Segas finest hours in the Club Sega Game Centre and a cabaret club to wind down with some pretty company... Yoiks.
Sega keeps the Shenmue spirit alive. Genki awaits with baited (and slightly smelling of shochu) breath for the next development of high end gaming....

Posted by GenkiVideoGames.com at 14:06 No comments: