Besides consoles, Genki cut its initial gaming cloth on the Nintendo Game & Watch. The local toy shop Romer Parish had a counter dedicated to such wares adding to their mystique (and stopping possibly grubby fingers from messing up their LCD screens.) A veritable Aladdin’s cave for the eyes with fold down screens, single screen and the unbelievable two control pad systems. The colour effect and clever use of mirrors made the Panorama systems a real find. Sadly Genki never had a Nintendo produced watch. Probably best to have missed out or risk getting it confiscated in class. Not only are Game & Watch cherished here in the UK, but also do they command a hefty whack in Japan. They no doubt inspired the interchangeable cart nature of the GameBoy which popped up at the local Chips store unannounced. Such was the way with coverage limited to a handful of magazines, but perhaps it suited its understated tones and humble cream shaded cover to arrive without modern day launch razzmatazz. The monochrome screen insisted developers fully focussed on gameplay. But what a development to have gaming on the go which was a dream of those thinking of gaming watches a mere few moons ago. 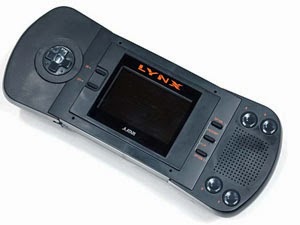 The Game Gear's screen had such delightful colour and it seemed in the likes of Mickey Mouse that big brother Mega Drive titles were getting converted by simply miniaturising them.
On a handheld roll, Genki couldn't resist the lure of the Atari Lynx. Unfortunately, whilst hard wiring the handheld to the power pack to avoid annoying cut outs due to the loose connection, Genki managed to get the screws mixed up and was pretty shocked to see the new handheld with two screws poking through its 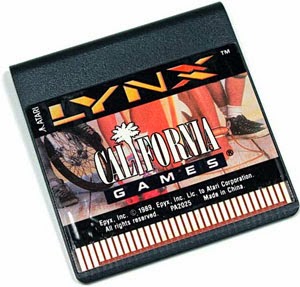 grey shell casing. Still it meant that those good for nothing tokers could be hunted down in APB. Perhaps an early runner for GTA, All Points Bulletin had players drive around the city trying to bring in the quota of speeders, drunks or anyone else bending the rules. All done in Atari's loving, homely style. Electrocop had a unique feel of its own too with a robot style view on the 3D levels. Slime World worked a treat on the small screen with not too shabby dimensions, but it was California Games that seemed to bring home some of that West coast sunshine in its sports based action. Genki vaguely recalls seeing an advert for the Lynx with eight handhelds hooked up under the toilet cubical door. Hats off to anyone who has sampled such multiplayer mayhem. 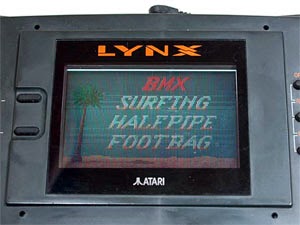 Posted by GenkiVideoGames.com at 14:41 No comments:


Genki has been lucky enough to sample the Neo Geo AES. Having played the fine Super Famicom a little too much previously, the sheer scale of the sprites was stunning. Dominating the screen, the giant proportions of bare chested beefcakes came up against nimble descendants from the Ainu folk, who originally inhabited the north island of Japan in Hokkaido. Such was the balance of the play mechanics that even the petite Northern Flower (with an admittedly fierce eagle) could take down the barrel chested bruiser. Teaching Western gamers that perhaps big isn't always best.

Samurai Spirits did indeed capture the traditional cultural aspects of Japan: the dramatic, Noh Theatre style opening complete with falling sakura blossom symbolising 'mono no aware.' This is a belief that beauty is made more beautiful by the fact that it is short lived. So the cherry blossom, whilst looking incredibly stunning in its own right, may also look more beautiful by the fact it will soon drop to the floor and decay. The chanting is like one of Buddhist nature and the fire and brimstone level is like a version of Buddhist hell. The drumming permanently cranks up the tension and atmosphere. Which newspaper said games weren't educational..?

Due to the prohibitive costs of new carts, trading carts proved the best option. Purchase decisions were based on limited info from the fanzines on offer and play videos, which in the pre-internet era excitingly showed actual gaming footage. Magazines did have some coverage, but due to the cost it was more focusing on its niche nature in a tabloid style. Not until the early editions of Edge was it more seriously looked at. Genki loves SNK's take on the genre it was tackling: be it the dramatic feel to Super Spy as players take on the role of a pair of hands as viewed from the screen. The Spy's adversaries perhaps lacked a little bit of modern day PC, but the cliched look made it clear who the bad guys were.

Few titles can be as well set as Nam 1975 with the whole title screaming Apocalypse Now. It must be the closest film tie that was never actually tied in. You could almost hear the insects chirping around you as players got in role by gradually themselves going a little crazier with each level as war descends to madness.


The post-apocalyptic feel to the setting of Last Resort made this R Type style shooter well worth the admission fee. Opening with a scene like a steel factory in the rain with greys and a sense of further impending doom, Genki would savour the atmosphere as much as the shooting action to get through to see more of this R Type En Grey.

The simple platform adventures of Raguy filled a missing genre for the home system, yet perhaps lacked the budget of its big brother arcade titles due to it being relatively hard to set up a system of coins per play.
Fatal Fury Special had its stunning railroad battle on the back of the express train. Not that other levels lacked its attention to detail including a Duck stage that felt like a Hong Kong nightclub meets eighties acid house party.

Finally footy fans lapped up the superfluous celebrations of Super Sidekicks. Tickertape celebrations would greet the most simple of goals turning every moment into one of those Sky Sports HD montages. But beneath the over the top presentation lay a game like many of its Neo Geo ilk. Simple pick up and play mechanics keeping true to its arcade roots, but with hidden depth and moves allowing the coin-op king to pull the pants down of the newcomer and nutmeg them at the same time. Sadly it seems a long way away since the days of such a niche console. But its glorious memory lives on.

Posted by GenkiVideoGames.com at 14:06 No comments:

Perhaps too much green tea is bad for you, but Genki was thinking about the early import years. With no net, the fabulous Super Play and its peers kept early adopters up to speed with their Man in Japan's update on the import world. Adverts would appear in the back from importers offering their wares in print form, possibly with the odd photo. So often a game would be bought on little more to go on than its name. Exciting stuff with a big chance of the gamble not coming off. Like buying pick and mix with your eyes shut. But for every bad 'un, there was the good chance of getting a Beer Flavoured Pint Pot sweet: the likes of Plok, Adams Family, Super Star Wars, Syo the Seal, Xandra's Big Adventure brought much import joy and happiness.

Genki still recalls a local shop having Super Star Wars running and the amazing look to the game backed up by that familiar soundtrack. Unfortunately lacking the credentials or kudos with the shop manager, Genki had to make to with watching others enjoy this piece of pure gaming based on a film that actually worked as a game too. Still no complaints were made: seeing was believing. Even if few could step up to the seventy Pound price mark.

The lack of supply did unfortunately mean some importers would try and take advantage of your much maligned gamer. Of course Genki would never partake in such malarkey. And the advent of the net means many more importing options such as our own humble store. Making for the days of plus one hundred Pound Street Fighter II or seven hundred Pound Playstations over. Even if sometimes the afore mentioned mystique of the import experience has been devalued. Heavens – even an unboxing can be witnessed these days.


A huge part of the package was indeed the package. With no need to tailor the art towards a mass market, game box art produced some exquisite examples. Perhaps Xandra's Big Adventure did look like a bunch of jelly babies on the box, but the feel of the art was new and fresh. Super Play enjoyed some inspired covers as a result with the talents of Wil Overton opening Western gamers minds to expect more than Conan the Barbarian meets Lord of the Rings Hobbit style box art. Not that there is anything wrong with Conan vs Hobbit of course, if that's what the game inside actually is...

Happy Gaming.
Posted by GenkiVideoGames.com at 14:07 No comments:

Genki's first import console was the Super Famicom. Having not even heard of a scart TV, the importer rang to say their PAL conversion plans hadn't quite gone to plan and in order to still get a console, you will need a NTSC TV. Said TV acquired in Sony Portable form, the console eventually arrived with a bumper pack of seven games. It was truly mind blowing to see the vibrant colours of Super Mario Land and very hard for the efforts of Jaleco's Big Run to get a look in. Bless it. 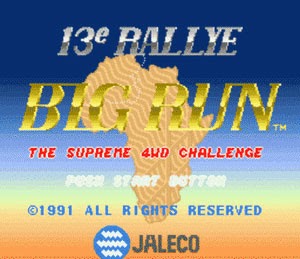 Still Genki was soon whizzing around in glorious Mode 7, admittedly not on the Paris-Dakar rally though. More in a futuristic racer with equally colourfully named drivers vrying for attention in their Psychedelic vehicles. F Zero brought home the SNK phrase: the future was indeed now. The pit lane topping up power levels, the ginormous jumps over Neo-Tokyo style cityscapes (badly timed at the wrong angle in Genki's case to crash and burn...) The glory of the last gasp victory to be celebrated as your ship did a victory lap (with further chance to lap up the Mode 7 glory...) Happy Days.
Posted by GenkiVideoGames.com at 12:40 No comments: