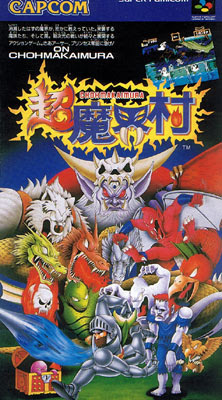 Or Ghosts and Goblins. Or Makaimura. Not a place to be caught it your underwear. Not with that incessant rain. Gamers of a certain vintage all carry the scars of a few clashes with this tough cookie. Its enough to bring out the thousand yard stare from gaming veterans before prompting an aggressive retort. Capcom crafted a delightful gaming world. Such a fine developer would never allow players to feel like the collision detection was at fault when plummeting from a precipice. But nor is any molly coddling on offer with constant threat to your suit of armour from all over the screen. Its definite tough love: very welcomed treasure chests may occasionally provide spanking new armour. And the new generation of gamers may find it a little old school: to the point of reciting times tables ad infinitum and getting wrapped over the knuckles with a cane. But it certainly gets the gaming juices going in the cerebral cortex. So many cracking versions including the updates to the GBA, Playstation and PSP to remind all of the merits of the Super Grafx, Super Famicom, Mega Drive. Enjoy the pain.
Posted by GenkiVideoGames.com at 10:14 No comments:

Email ThisBlogThis!Share to TwitterShare to FacebookShare to Pinterest
Labels: Ghosts and Goblins, Ghouls and Ghosts, Makaimura Not too sure what it was about the Dreamcast that attracted the typing game genre to nestle so comfortably in its bosom. The most fame4d of the genre is the Typing of the Dead which is certainly one for those wishing to boost their word per minute typing skills and what a great incentive as hideous zombies from the light gun zapping atmospheric classic stumble towards you. The words appear in Japanese but are also thankfully Romanised so you don't have to thumb through a dictionary whilst a zombie knaws your ear off. As such a good kanji booster to boot. 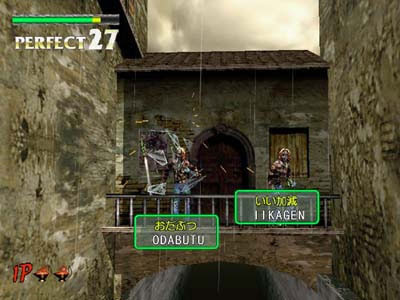 A nice take off from the Sega Romero thriller comes Typing of the Date. The key to winning over hearts is to be able to hammer out the correct commands on the keyboard and again the Japanese words appear with Roman characters making it a fun game for both Japanese and Western audiences. As such irt is a good boost of vocabulary too for those that can absorb it at the same time.
Finally Evangelion Typing E Keikaku Limited Edition is a typing adventure based on the Neon Genesis Evangelion world and again playing similarly to Typing of the Dead. A treat for fans of the series, especially those who can speed type.
So there you have it. Just don't reveal the secret to your speed typing to fellow candidates on job interviews: they might not believe you....
Posted by GenkiVideoGames.com at 14:05 1 comment:

A Train, Train Simulator, Densha De Go! and now Railfan. What is it that makes train games so popular to gamers? All Genki can think is its the reassurance the train provides (although not quite so dependable here in the UK.) But the gentle rocking of the train as it click-clacks across the track, the steamy windows keeping the cold and the weather at bay with the occasional glimpse of the outside world, the bit of the track where the power always drops, the characters riding them (although sometimes best not to check what they are reading...) The train game experience wraps its arms around with assurance and acts as a real comfort blanket. Just make sure you stop on the line and for heavens sake don't be late. Posted by GenkiVideoGames.com at 15:58 No comments:

The Famicom has a fair share of star performers that pushed the hardware to the limit of silicon meltdown. Bucky O'Hare was no exception. Classic old school gaming as Konami pulls out all the platform shooting stops. Full of fine gameplay, but the difficulty too is old school and might stun the Gen X as uncle laughs how they don’t make them like they used to. Humour too in Buckys transformations and the fish boss. Few will forget making their way up the tree or the waterfall to the top as Konami takes players through many and varied levels. And fear not: the train carriage section is in there. Lashes of gameplay does make for a good game, strangely enough. Bravo.
Posted by GenkiVideoGames.com at 09:26 No comments: 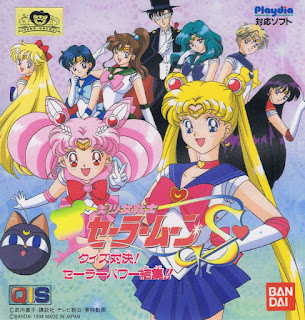 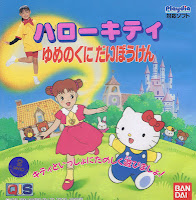 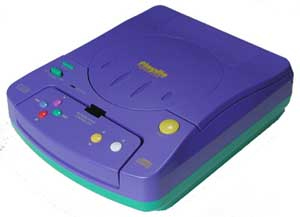 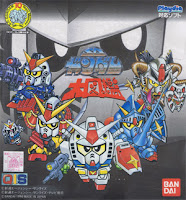 Genki loves nothing more than to find a bit of an off beat console. Granted there is something usually a bit off kilter (or Kooky as they may say across the Pond) about such machines. But it was a splendid era when the president of most electrical companies used to dream of  producing their own  machine and dominate the market. Bandai's baby is up there with the Casio Loopy as a piece of gaming history, admittedly backed by Bandai's bigger licenses. Games such as Sailor Moon S Quiz provide a test of Sailor Moon knowledge and Japanese but fingers crossed for the Good Morning TV anime fans. A collectors item on such an exclusive system. Few will have escaped Hello Kitty's charms and with Kitty chan gamers expect an abundance of animal shots, sack full of saccharine sweet songs and plenty of fun mini games including the all important tooth brushing. SD Gundam gives the Gundam universe getting a Playdia work out.
Posted by GenkiVideoGames.com at 14:10 No comments:

In these austere times its nice to be able to give a PSP or a DS a new look by applying a few simple stickers. We are sure no Genki customer would be so unscrupulous as to sell it on as a limited edition version (not like that painted Stormtropper Genki swapped for four Star Wars figures back in the day... ) On the DS there is a fine range of Snoopy inspired skins with Peanuts, Charlie Brown, Woodstock and of course Snoopy himself providing a fairly neutral and eternal look to a tired DS Lite. Of course the PSP goes for a more contemporary look with its Persona Skins, more Yamanote line than Bakerloo. But each to his or her own.....
Posted by GenkiVideoGames.com at 09:52 No comments: