Welcome to the freshest update of gaming goodness, squeezing
in plenty of zesty titles to leave a refreshing, honey-sweet
aftertaste to the most parched of palettes.

Getting in shape for summer on the DC with the Dance
Dance Revolution mats back in stock along with the Club
and 2nd Mix versions of the funky, booty-jiggling rhythm
action title.

Final Fantasy collectables aplenty on the Famicom with the initial three instalments a must-have for Square completists as the prestigious company thinks outside the box of game design.

Crack Down delivers a solid Metal Gear impersonation
on the Mega Drive and the restocked Treasure classic
Yu Yu Hakusho shows what the console could do when
the boundaries are pushed, shoved and kicked through.

The Neo Geo CD demands attention for its affordability in
games such as Big Tournament Golf costing a fraction of its
AES brother and exclusive titles such the King Arthur inspired Crossed
Swords II. Ninja Commando captures the coin grabbing feel of
the Jamma coin-ops era perfectly.

Osu! Tatakae! Ouendan 2 is up for pre-order on the Nintendo
DS and Genki can't wait to sample more of this exquisitely crafted
joy of a series.

Remote Control Dandy exposes the underground credentials
of the import PSX scene with Miyamoto-esque innocence in
the boy and robot scenario with the equally charming sequel back
in stock on the PS2.

Thunder Cross blazes a blast across the PS2's bows
as another fine release in the Game Centre series, this time in
the Shoot 'Em Up genre. There are also an array of fine SNK fighters
on pre-order to complement the uber smooth Street Fighter III
3rd Strike with Garou Mark of Wolves, King of Fighters, Last
Blade, Art of Fighting and more representing stupendous value.

Ninja Gaiden Sigma on the PS3 pre-order looks like
delivering a timely, classy, triple-A title to the sleek beast with
Tecmo's signature eye for action as sharp as the hero's shurikens.

Blackthorne shows the dark side of the Super Famicom
with two more accessible Gundam titles, the eternally maniac
Smash TV and the genre defying Fire Fighting bringing
Burning Rangers to the console.

The Wii gets ready for legions of undead in the special version
of Biohazard 4 with the remote really coming into its own.
Donkey Kong Taru Jet Race would be better recommended though
for the witching hour.


Plenty of restocks on the Saturn with Pretty Fighter X
and Choaniki and the PC Engine in City Hunter
and Samurai Ghost. Welcome to our latest update with Gunspike, Gigawing 2 and Karasu leading the aerial assault on the Dreamcast.

Keio is a delightful Mega CD shooter bringing much kudos to the platform that enjoyed an Indian summer in the Far East.

A couple more big hitters on the AES crack their knuckles menacingly in KOF 2000 and Fatal Fury 3. Whilst the CD exclusive Oshidashi Zintrick and the supernatural Ghost Pilots show the Neo Geo CD’s tricks to be way beyond a juggling monkey.

The DS comes good with a cracking little update of Front Mission 1st. There’s even a kanji dictionary for those determined to decipher those Red Label Saturn titles… Kamen Rider, Ganbare Goemon, Tondemo Crisis and Fuuun Gokuu Ninden enhance the PSX’s reputation no end with the sort of gameplay only available on import. Martial Beat is far more fun and far cheaper than joining gym with a boxercise class.

The savvy Fist of the North Star is joined on the PS2 by the hard knock Kenka Bancho 2 and the bargain Guilty Gear XX Slash with Guilty Gear XX Acore and the irresistible Metal Slug Complete up for pre-order.

Super Paper Mario on the Wii has certainly whet our lips in anticipation of some of that Nintendo magic dust due later in the month with a high velocity Sonic to keep us entertained until then. 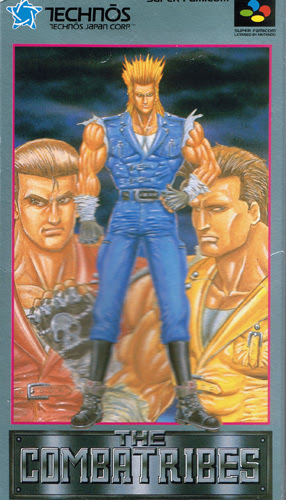 Power Smash 3 returns the expectation generated from the DC editions with interest right down the PS3’s tram line.

Bleach 4 is up for pre-order on the PSP with a bargain version of Princess Crown to bring a tear to the eye with its lush graphics and emotive gameplay.

Sailor Moon, Combat Tribes and Sengoku give the Super Famicom a light work out with each needing a few thousand kicks and punches to dispose of the imaginative henchmen in the classic side scrolling beat ‘em up style.

Posted by GenkiVideoGames.com at 07:45 No comments: