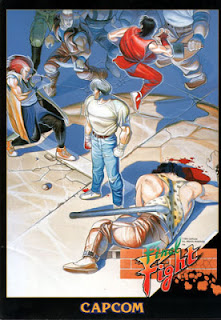 Genki is always intrigued by the differences between Western and Eastern versions of the same game. The box art issue with gruff Conan types replacing sleekly stylised anime artwork is no longer such an issue thanks to the cross pollination of Akiba influence. Yet why Final Fight has fish net legged Roxy and Poison in Japan removed in the West? And are we too nervous for the full glory of Biohazard (yes in Genki's case...!) ? Those of sharp eye at the Rage Quitter site have also noticed a slight change in this expletive...
Though perhaps we can see the reason's for this name change and why eyeballs are more desirable here....
Keep them peeled!
Posted by GenkiVideoGames.com at 15:27 No comments: 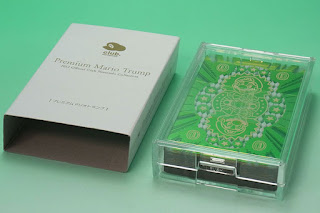 Genki always struggles to resist the charm of Club Nintendo items. And these two have plenty of charm as well as historical significance as Nintendo dusts off the old printing press having started life as a playing card company. And few glasses wearers would decline a pair of cleaning cloths for their glasses with the friendly Yoshi discretely adorning them. 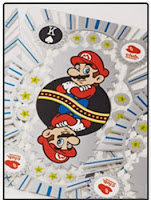 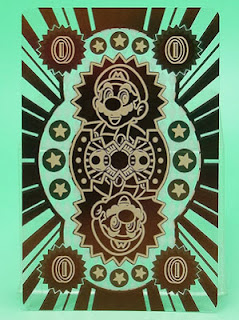 Nintendo gets back to its roots as a playing card producing company and it shows it has gathered no dust with these colourful, collectable, commemorative cards. Bowser fits the bill well as the joker and Princess Peach makes a smooth transition to queen. 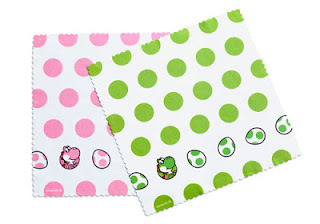 A set of two micro-fibre cleaning cloths suitable for cleaning the screen of your favourite handheld or perhaps even a pair of glasses. Each cloth is cut is a sixteen centimetre square and the set is made up of one green and one pink cloth with a nice representation of our Yoshi adorning them.


Posted by GenkiVideoGames.com at 14:03 No comments: 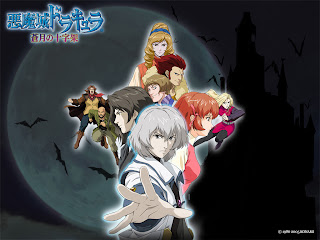 Genki has noticed the vast inflation of late in the prices of the handheld versions of Castlevania or Akumajo Dracula. By either name Konami's series has had the strength in gameplay and the boldness in development to maintain a triple A series throughout the various formats it has graced since the Famicom era. The artwork here is from the fine DS version Castlevania Dawn of Sorrow. 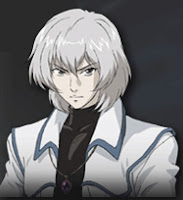 Vast cavernous levels that hide a multitude of secrets for determined gamers and all beautifully lit with flickering flames that almost drop atmosphere from them like molten wax. The stylus helps reveal hidden areas by breaking away walls and the use of the top screen for a map is a big bonus for those who wish to exorcise every last demon from the vast halls and nooky crannies. Follows on from the GBA games and maintains the impeccable standards. 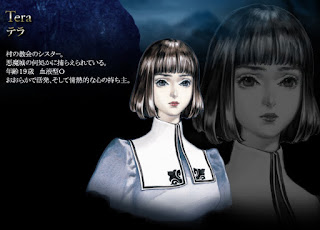 Posted by GenkiVideoGames.com at 12:35 No comments: 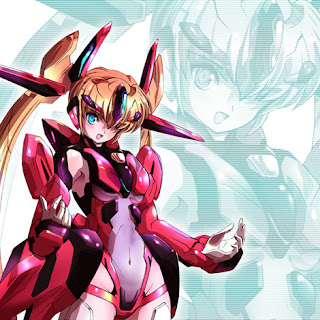 Genki was recently delighted to be able to secure a few more copies of the Limited Edition version of Trigger Heart Exelica on the Dreamcast. Towards the end of the Dreamcast's life cycle as a product stocked by the big electrical stores in Japan, there were still games being released. And even after it went flat line there were some fine shooters such as Trigger Heart and Under Defeat being released. We regret not stocking greater quantities of these shmups at the time baring in mind their value increased on the retro market. Its always nice to be able to offer such a game at retail price. 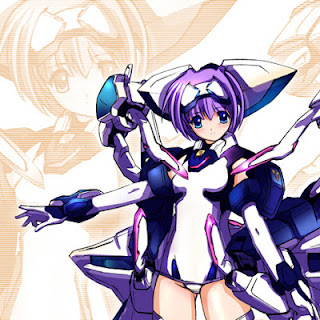 So it was a very pleasant surprise to be able to offer the Limited Edition of Trigger Heart at RRP again. Once more we wonder where this stock has been until now. Perhaps they were preorders still waiting for the customer to collect them? Yet we won't lose too much sleep on that, not with all the sleep lost seeing projectiles flying around the bedroom in the wee hours.... 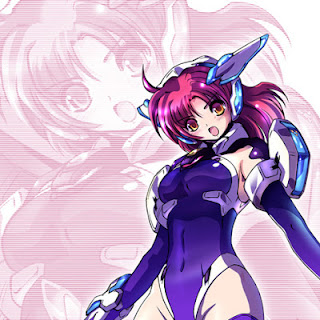 For those unfamiliar the Dreamcast version was an eagerly awaited shmup port of the Naomi board. The crux of this shooters story is the ability to capture enemy ships and either use them as a shield or send them spinning off out of control with a deft joypad flick. The home version includes the original arcade mode, along with a story, arrange and training modes plus the chance to tweak with the controls and screen dimensions. Story mode adds speech to the levels along with various endings depending on which character the player selected. Arrange is a mish mash of the arcade and story modes that must be completed on a measly single credit. 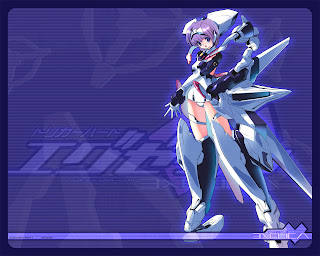 Roll on the next game to show up at recommended retail prices. Hope you enjoy these images from a very fine shooter.... 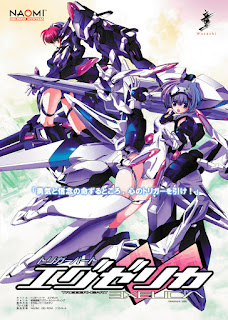 Posted by GenkiVideoGames.com at 10:40 No comments: 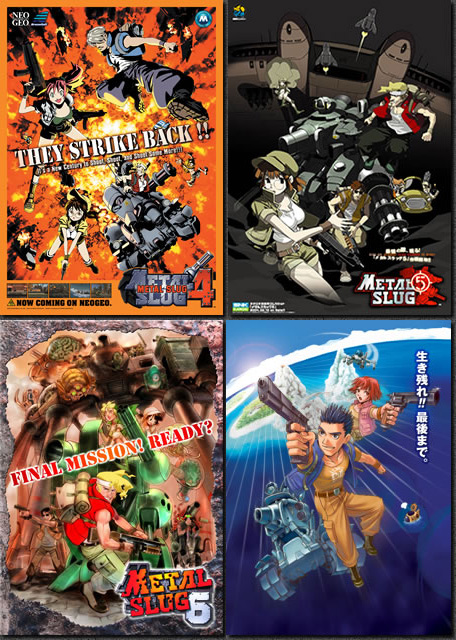 SNK truly mastered the ability to produce fun games in 2D such as Metal Slug which reminded the gaming cognoscenti there was life and gameplay without polygons. Shin Nihon Kikau reminded the 3D obsessed gaming fraternity that graphics over gameplay isn't much fun. Pure refined game mechanics to bring a smile to the face of the most grizzled gaming veteran.
Some lovely touches such as reflections in puddles and chickens swimming through the water. There is something strangely gratifying in rescuing all hostages just as much as there is in using the flame thrower on parachutists as they fall from the sky. 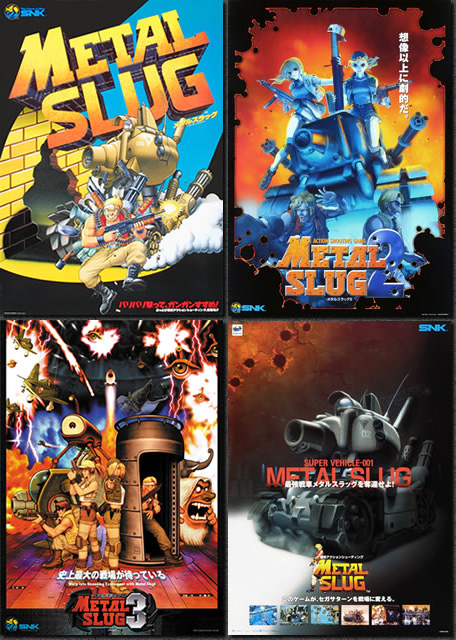 In later versions its not just weapons too, tanks, jets, helicopters - even a mecha suit break up the standard run and gun fun for a brief, enjoyable stint - up there with riding the dragons in Golden Axe.  Enough to make you well up with pride. Plenty of vehicles to command and giant boss ships to let rip into. Wearing its 2D tats with pride and never taking itself too seriously, Metal Slug: we salute you.
Posted by GenkiVideoGames.com at 15:35 1 comment:

The Unusual Case of Circus Lido* 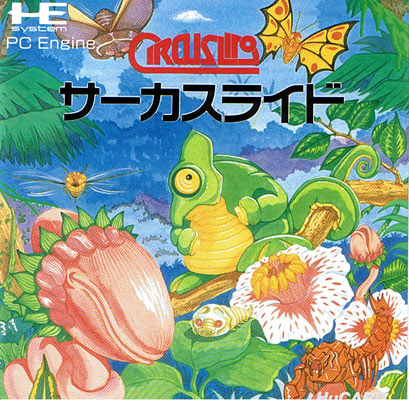 *Not be mistaken with an unusual case of Circus Libido (and apologies for anyone reading this who was searching for said condition...)
Circus Lido is a very tidy piece of PC Engine programming and an accomplished action title well suited to the playform in a genre sadly not as widely covered these days. Control a green lizard who must eat insects and spit them out into plants in order to progress, hindered by the fact you can only use your tail to climb the fiendishly designed levels.
So all well there - our reason for covering it is the fact that copies used to sell for a bundle of greenbacks, a treasure chest of Yen and a wheelbarrow of Pounds. It turned out though that it has after all enjoyed a good print run. It just snuck under the radar being rumoured to have been distributed through libraries. This was proven when in the new millennium when shed loads of the game were discovered. And as economics will teach us when the supply is plentiful, the price comes down. We can't help but wonder how so many copies of the game were held back. Perhaps that Gremlins - style second hand store with the sealed boxes of Radiant Silverguns is just around the corner in Japan... ?

Posted by GenkiVideoGames.com at 10:56 No comments:

As dedicated gamers with their ears to the listening post will no doubt know, PVC is big in Japan and not just in typhoon season. Yet the dedication shown by the collectors there often means a good few Yen in exchange for a no doubt must-have figure. Undoubtedly the production values on such high end figures are immense, yet sometimes one wonders how much the manufacturers know their figures are must-have in terms of pricing.

Anyway enough rambling: just to say it is a treat to stock the fine Shooting Game Historica series. The ships are blind packed in the boxed version which is another bug bear for the collector. Yet the production values are high, the size just right to hopefully get them on a shelf with some lighting to do them justice and the pricing appropriate to be able to get a full set. There are many fine shooters and its great to see a tribute to them. Budge up bunny girl figures!

Posted by GenkiVideoGames.com at 14:32 No comments:

Genki is very proud of these latest images adorning the homepage kicking off with the Virtua Cop (as if you didn't know) inspired tribute above. Kikikaikai gets its own manga adventure below with even the pure Shinto priestess losing her rag.

Space Fantasy Zone on the PC Engine has a luscious 80's feel to its artwork and is a fine tribute to a superb sixteen bit (?) console.

Our Graphic Designer was right to correct our suspect grammar, yet on this occasion we were making tribute to the fine shooter Zero Wing. (We compromised with the 's' on "Bases".) The graphics are from another sumptuous shmup in Border Down on the Dreamcast. Unfortunately other such grammatical and spelling errors on the website can't be so easily explained....

The mere text "Radiant Silvergun" is enough to get us excited about such a compact piece of programming. Believe the type.

Finally back to the modern era, we have the Platinum release of Muchi Muchi Pork & Pink Sweets on us now.  A true bargain - fingers crossed it'll be region fee....

Posted by GenkiVideoGames.com at 14:08 No comments: