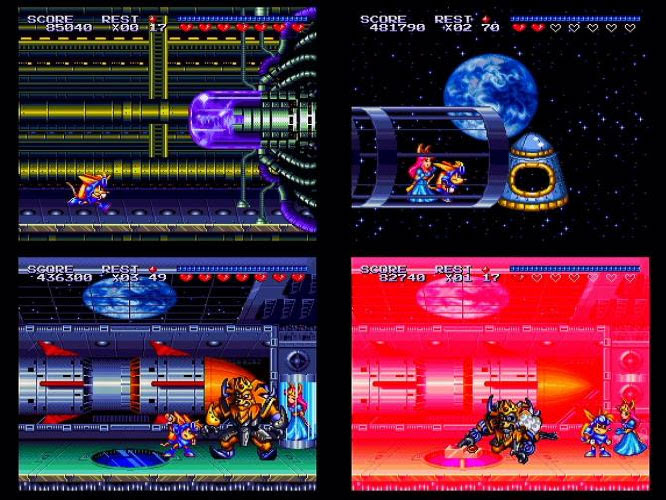 Well known on the Mega Drive, yet this Super Famicom version really has the shackles off as Konami lets rip with vertically scrolling shooting levels with Sparkster on a hang glider to arrive for a boxing match with a boss, Goemon style. The crazed runners who speed past with a missile in tow require players to duck and weave in later levels. No further spoilers, suffice as to say there are so many special touches. We under the misconception that the definitive version was on the MD. Top stuff on the SFC.